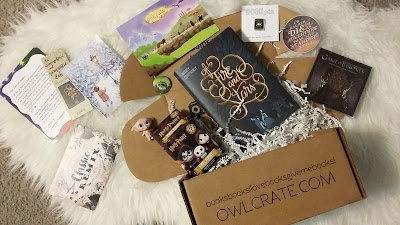 Hey again! Time for another OwlCrate unboxing! The theme for this month's box (December 2016) was EPIC. Thanks to OwlCrate's spoiler hints throughout the month, we knew that there would be items inspired by various "fandoms" (Harry Potter, Game of Thrones, Chronicles of Narnia, and Lord of the Rings), that the book was a new read featuring an LGBTQ+ character/theme, that one of the items in the box would be from Dark Horse Comics, and that one of the items was a Funko Mystery Mini.

I wasn't sure whether or not to get this box. The theme didn't particularly appeal to me, and the only fandom I'm into is Harry Potter, so I felt that there was a pretty big potential for there to be things I wouldn't like/relate to in the box. But in the end, my curiosity and (recent) love for all things Harry Potter won, so I got the box. I had hoped it would arrive before Christmas, but it didn't - only a few days later, though. :) And I nearly bought the book the day before it arrived, but then I thought I remembered seeing it in one of the spoiler photos I had seen on Instagram, so I left it there. Good thing!

So, what's in the box? I'll list each fandom's item, and then the book at the end (always save the best for last).

Harry Potter
The Harry Potter item represented in the box was the Funko Mystery Mini. I didn't get the previous OwlCrate box that included a Mystery Mini, but I wasn't that disappointed because I don't really care for the Mystery Mini figures (at least as far as the Harry Potter collection goes). Anyway, after considering the options, I had hoped that my Mystery Mini would be one of the animals from the collection, preferable Hedwig or one of the cats. I ended up with Dobby. It's not the worst, but it's not the best. I had, however, just a day or two before been reading that part in The Deathly Hallows (you know the one I'm talking about!), and I was still reeling from that. So Dobby's definitely not the worst I could have gotten, at this time. 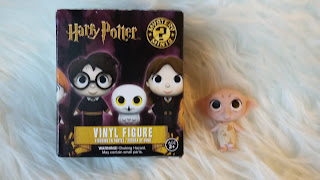 Game of Thrones
I really don't know anything about this series at all except that apparently everyone dies? Anyway, the Game of Thrones item was a set of 4 coasters from Dark Horse Comics representing the four houses in the series? I didn't open the package because I know for sure that I won't be keeping these. From the package and other photos I've seen, they are really nice, but the series just doesn't appeal to me. 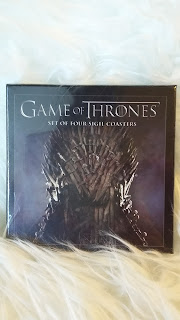 Chronicles of Narnia
We read The Lion, the Witch, and the Wardrobe in school, but I've never had an interest in reading the books. Anyway, the item representing the Chronicles of Narnia in this box is a greeting card featuring a beautiful scene from the series, by @susanne_draws. It's definitely frame-worthy, but I haven't decided yet what I will be doing with it. 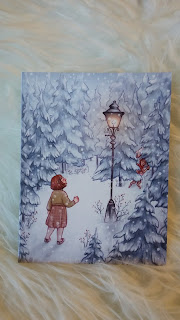 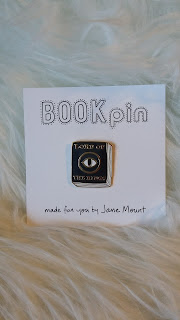 A Darker Shade of Magic
I don't think this is such a well-known fandom, except among YA book-lovers (it's a book series by V.E. Schwab that hasn't got a movie/TV show to it's name yet), but since I've joined the OwlCrate Society, I have learned of and been intrigued by these books. It's definitely on my To Buy list. Anyway, the Darker Shade of Magic item in this box is a sticker by Miss Phi with the quote "I'd rather die on an adventure than live standing still." I appreciate the sentiment, but can't wholeheartedly agree right now - one of my brother's friends recently tragically passed away while adventuring abroad, so it's a little too soon. :/ 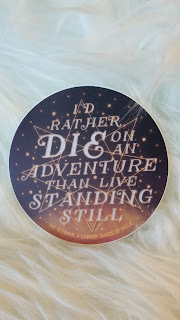 The Book
The December "Epic" OwlCrate book is *drum roll* Of Fire and Stars by Audrey Coulthurst. The cover is gorgeous, and the synopsis is intriguing. It's definitely being added to my TBR pile, and will probably be tackled pretty soon. Also included is a promotional bookmark, and (as always) a letter from the author.

Brief overview: it's about a magical princess who is betrothed to the prince of a neighouring kingdom that forbids magic, so she has to learn to keep her magic under wraps, and ends up working with (and falling for) her future sister-in-law. 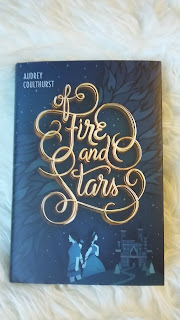 So, there it is! I like the box overall. There are things that I won't be keeping, simply because I am not into those fandoms, and I may eventually sell/trade the Dobby, but that's another story!

Thanks for stopping by, I hope you enjoyed this unboxing post. Someday I'd like to feel comfortable enough to actually film myself doing an unboxing, and share it publicly... but for now, photos and written descriptions will remain my platform. 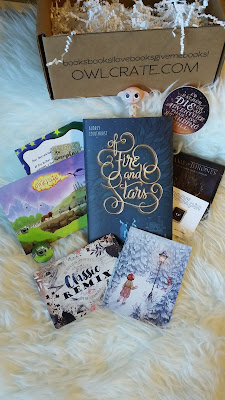